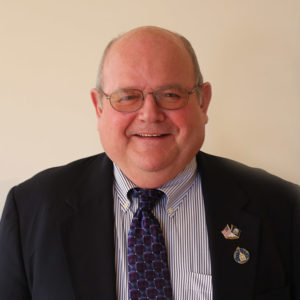 What’s Next for NH House Republicans After Hinch’s Death?

After the sudden passing of Speaker Dick Hinch on Wednesday, the entire House, specifically the GOP caucus, finds themselves asking: “What’s next?” Hinch died from COVID-19, an autopsy confirms.

By law, the House must elect a new speaker by January 7th — within 30 days of the vacancy occurring. The next House session is scheduled for January 6 — a constitutionally required Convening Day.

“This is uncharted territory, and we must proceed respectfully, and in a manner befitting the memory of our friend, and the integrity of our institution,” Acting Speaker Sherm Packard (R-Londonderry) wrote in the House calendar. “For the first time in the history of our body, we have lost a presiding officer while we were in session.”

Traditionally, Convening Day is used to adopt House Rule Amendments for the biennium, introduce bills, refer those bills to their respective committees and other various housekeeping tasks. Packard hopes to continue with the work of the House as planned.

“It is our hope that we can begin committee work almost immediately after session commences,” Packard writes, noting that committee assignments will be made, even if they may be changed following the speaker election held in early January.

Multiple contenders will vie for the speakership now, sources tell NHJournal, though candidates are waiting for more appropriate times to announce. Sources close to the process tell NHJournal that Reps. Packard and Al Baldasaro (R-Londonderry) will run for the seat. Also rumored to be considering entering the race are Reps. Tim Lang (R-Sanbornton), Barbara Griffin (R-Goffstown) and possibly Majority Leader Jason Osborne (R-Auburn).

The Republicans will caucus on Friday, December 11, NHJournal has learned, concurrently with the Joint Fiscal Committee that is set to accept and approve a $46 million federal charter school grant that’s been in the works for over a year.

Friday’s caucus could forebear the ability for the GOP caucus’ ability to stick together and pass their key goals — some of which were sponsored by the late Speaker Hinch.

“We have some significant challenges ahead of us. We need to get the people’s work done in the midst of a public health emergency. It won’t be easy, but I believe we can meet our goals and deadlines while putting health and safety first. Let’s buckle down. Let’s get to work. Let us lead by example. Let’s conquer these challenges together,” Rep. Packard wrote, saying he wanted “to echo what Speaker Hinch said in his only notice to the House last week.”